Where Credit Is Due

Caboose asks Church to turn Sheila back on, so she can tell them where O'Malley is. However, Tex points out that the tank is irreparably damaged, and the only way to activate Sheila would be to transfer her into a similar class of vehicle...such as the dropship that brought Sister. Tex prepares to set up a hardline transfer, at which Tucker runs out of Blue Base at top speed with the comment, "I've got a hardline Tex can use...bow-chicka-bow-wow!" Tex wonders how he even heard them, to which he responds, "I'm like Superman, I know when I'm needed."

Down in the caves, Donut continues to insist that Simmons and Grif have been doing drugs, a sentiment which only induces Simmons to actually want to try drugs. Grif reveals that he was kidnapped by "some kind of bat person." Simmons wonders if Grif was hallucinating, but Grif claims that there were two people, talking about a kid and a sword. Donut claims that this story was obviously plagiarized from his Harry Potter slashfic. Sarge and Simmons doubt Grif's story, but Grif suddenly remembers that the bomb was there too.

Up at Blue Base, the Blues have set up a link between the tank and the ship. Caboose is inside, minding the computers so they can tell when Sheila has been fully transferred from one to the other.

The scene cuts to a flashback of Grif's. He is lying in the cavern, barely conscious, with Andy the bomb asking him where the kid and the sword are. However, a Green Alien, of the same species as the Alien, steps forward, giving a chorus of blarg and honk. Andy translates this as meaning that someone is coming and they have to go. The alien picks Andy up and leaves, with a human in blue armor following him. The flashback ends, with Grif concluding that, if they find Andy, they can find out what's going on. Much to Grif's irritation, Sarge congratulates Simmons, claiming that "Simmons' treasonous insurrections prove to be the glue that hold this unit together!"

Fade in to the Blues

Church: You want us to turn her back on again? After we just went through all that trouble to shut her down?

Caboose: But she said she knows where O'Malley is.

Church: Maybe she was lying. How could she possibly know that? What do you think Tex, can we turn her back on again? Disable her guns or somethin'?

Tex: Not a chance, she's a wreck back here. I'm not even sure how she was operational anyway.

Caboose: Oh, I know, uh, we could put her inside my head! Like O'Malley. I've got lots of extra room in there.

Tex: She could only be moved over, if we had a similar class of vehicle.

Church: Yeah, if only we had some other kind of big vehicle that we could move her in to. We can't use the warthog 'cause that doesn't have anything... Wait a minute. Tex... the ship? Could we move her in to one of those on-board computers?

Tex: If we set up a hardline, yeah, I bet we could do it.

Tucker comes running out of the base

Tucker: Church hold on a second I've got something to tell you!

Church: Tucker what, what is it?

Tucker: I just wanted to say, I got a hardline Tex can use. Bow chicka bow wow!

Tex: How did you even hear that?

Tucker: Pff! I'm like Superman, I know when I'm needed.

Cut to the Reds in the cave, with Grif shaking off the effects of having been forcibly unconscious

Sarge: Shake it off, you big orange baby, what happened to you?

Donut: He's been chasing the dragon.

Simmons: Donut, shut up, he was drugged just like me.

Donut: That's what I'm saying! He fell off the wagon, and shook hands with the Devil!

Donut: He's been ridin' the wave, and trippin' the technicolor dreamscape. Far out, man. Druggie loser.

Simmons: Will. You. Stop, Donut?! All you're doing with your stupid anti-drug lingo is making me actually want to try drugs.

Sarge: Who knocked you out, Grif? Was it those dirty Blues?

Grif: No, some kind of bat-person.

Simmons: Sarge, I'm not sure Grif knows what he's talkin' about.

Simmons: No. I mean specifically right now. Whatever chemical they used to knock us out may be affecting his perception or his memory.

Donut: And it could cause undue stress to his family, and seriously impair his ability to operate a me-

Grif: I wasn't hallucinating. There was some kinda crazy bat thing, and another guy, and they were talkin' about a kid. And a sword. Some kinda deal they made.

Donut: Hokay wait, is this a joke? This is a prank on me, right? You guys found my Harry Potter fan fiction.

Grif: This has nothing to do with you, Donut.

Sarge: Sure, we believe you buddy! Note to Simmons, Grif has gone mad. Need to kill him ASAP.

Grif: Wait a second- I can prove I'm not crazy, 'cause of the bomb, the bomb!

Grif: The bomb was there! That's how I could understand what was being said. They needed him to translate.

Sarge: The bomb? You mean that loud-mouth guy?

Donut: Hokay seriously, there's coincidence, and then there's outright plagiarism. I'm gonna have to sue somebody.

Cut back to Church and Tex standing over Sheila and the ship, with a big wire going between them

Tex: She's all set. Transfer should take a while.

Church: Um, are we sure we wanna put her in this ship?

Tex: Mm, it's still flyable, but I'm gonna remove the ignition coil just to be sure. If O'Malley is in her somewhere, they aren't goin' anywhere without it.

Church: You want me to hold it?

Tex: Are you kidding?

Church: Well, thought it was worth a try.

Tex: Hey Caboose? How's it goin' in there?

Caboose is revealed inside the ship

Caboose: Looks good. Although I have to tell you the ship looks a lot bigger on the inside than the outside.

Caboose: Well, all the red lights are red, and all the blue lights are blue.

Tex: What about the green lights?

Caboose: Those are black.

Tex: When the green lights turn green, and the red lights turn black, I want you to get a hold of me right away.

Caboose: Uh okay. Uh, what about the blue lights?

Caboose: Then why do they-

Cut to Grif lying face-down next to Andy

Andy: Hey Grif, just tell 'em where the kid with the sword is, and you can go.

Grif: Wha? A-Andy is that you? Why are you helping monster people?

The Green Alien and another alien run off, presumably carrying Andy

Andy: Seeya Grif! By the way, you look like shit! Zing!

Grif: And he was translating between the two of them, too. So if we find Andy, he can tell us exactly what's going on.

Grif: Simmons!? I just told you everything!

Sarge: But Simmons was the one that led us to you after he stealthily avoided capture.

Grif: Avoided capture!? They knocked him out first and picked me at random!

Sarge: Yes. A randomness that Simmons used to save the day!

Grif: He had nothing to do with that!

Sarge: But it was Simmons that found the underground cave.

Grif: By trying to bury you alive!

Sarge: A tactic that was clearly multi-layered. Once again Simmons' treasonous insurrection proves to be the glue that holds this unit together.

Simmons: Just wait 'til you hear about my upcoming assassination attempt.

Dialing is heard from inside of Blue Base

Girlfriend: Oh hey, you at home?

Sister: Oh no I'm babysitting or dogsitting or some shit I'm not really sure The thing's fucking ugly. Anyway it sucks, they don't even have cable here.

Junior is heard in the background, breaking objects

Sister: Shut the fuck up or I'll put you in the closet again! I'm on the phone you little bastard! Yeah, I know, I'm so good with kids or monkeys or whatever the fuck this thing is.

Girlfriend: Ew it looks like a monkey, that's gross.

Girlfriend: I already have kids

Sister: Oh that's right, I always forget you have kids cause you never take them with us to the clubs.

Sister: Hey, you have you done this algebra homework yet?

Girlfriend: No I haven't done it yet.

Sister: Okay, yeah, talk to you later, love you like a sister! 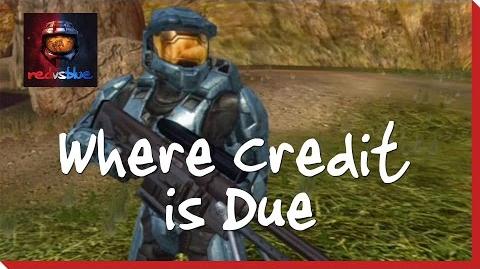