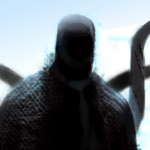 Hi, welcome to Red vs. Blue Wiki! Thanks for your edit to the Lavernius Tucker page.

I've already decided on how the next blog will be chosen. I will choose the best written blog created; one that is not half-assed, well structured, and contains good grammar. I'll also make sure that there is only one speculation blog. It doesn't matter who creates it, just as long as it's on the same level of quality as the IceWarden's S11 blog, Wes's S12 blog, and the two current blogs. I'm anticipating that several people will create blogs once S13 is over, so I'll pick the most well put togethered one out of the ones created. The ones that weren't picked will be deleted. Oo7nightfire (talk) 23:14, May 7, 2015 (UTC)

We would only ruin it for those who aren't sponsors, and there are a lot of people who don't like to be spoiled. Even by adding the spoiler template it wouldn't be fair. Once the episode (or anything about the epsisode) is made availabe to the public it's fair game. More info on our Spoiler Policy can be found here. Rooster Teeth don't spoil it for non-sponsors and we shouldn't either. You can still make your poll though if you want. Oo7nightfire (talk) 02:15, August 17, 2015 (UTC)

I am the voice of sharkface ;) Nice to meet you.

Check his page, I added the actor name.

Nice to hear from you!Edit

Hey, nice to hear from you again! It's been a long time. Yeah I am, though I haven't machinimated in a while haha. Thanks man, I'll keep that in mind. Seems like you're doing great! Keep up the edits too; much improved. Oo7nightfire (talk) 00:34, August 24, 2017 (UTC)

Retrieved from "https://rvb.fandom.com/wiki/User_talk:SlenderDev?oldid=128304"
Community content is available under CC-BY-SA unless otherwise noted.