The Rookies is the third episode of the series, which introduces Donut to the Red Team and Caboose to the Blue Team.

At the Red Base, the Red Team's new recruit, Donut, arrives. With Sarge at Red Command receiving orders, Grif and Simmons take the opportunity to haze Donut mildly, sending him "to the store" on a fool's errand for nonexistent supplies such as "headlight fluid" and "elbow grease".

Meanwhile, the Blue Team receive two new additions: a Rookie of their own and a Scorpion-class battle tank. Church and Tucker soon tell the Rookie to go inside the base and wait for the "general" to come by and inspect the flag. The end of the episode shows Donut approaching the Blue Base, mistaking it for the local "store".

Simmons and Grif are on top of Red Base. A soldier in red armor (Donut) is walking up the ramp behind them.

Grif: Yes, it is. You said, "I'm not going to the Vegas quadrant," and then the next thing I know you're in an escape pod headed for-

Donut: I was told to report to Blood Gulch Outpost Number One and speak to whoever's in charge.

Grif: Sorry man, Sarge is at Command getting orders. Ain't nobody in charge today.

Simmons: Actually, Private, he left me in charge while he's gone.

Grif: You are such a kiss-ass.

Simmons: Also, he told me if I had any trouble from you I should... (clears throat then poorly imitates Sarge) "Git in the Warthog, and crush yer head like a tomato-can."

Donut: This IS the standard issue red.

Grif: Yeah, I know. Listen. Only two kinds of people wear standard issue armor: officers and recruits. And since you're not threatening to gut me like a fish, you're probably not an officer.

Simmons: No, my armor is maroon. Your armor is red.

Donut: Well, how do I get a different color armor?

Simmons: I bet the blues don't have to put up with this kind of crap.

Church, Tucker, and a soldier in standard issue blue (Caboose) are looking at a tank.

Caboose: So I say to the guy, "How're you gonna get the tank down to the planet?" And he goes, "I'll just put it on the ship," and I go, "If you've got a ship that can carry a tank, why not just put guns on the ship and use it instead?"

Tucker: You're ruining the moment. Shut up.

Caboose: Oh. Okay. You got it man!

Church: You know what? I could blow up the whole god damn world with this thing.

Grif: I just refuse to call him Private Donut!

Simmons: We've got a very important mission for you. You think you can handle it?

Simmons: We need you to go to the store, and get two quarts of elbow grease.

Grif: Yeah and uh, pick up some headlight fluid for the Puma too.

Simmons: He means the Warthog.

Grif: You do know where the store is, right, Rookie?

Donut: What? Yeah, yeah, of course I do. Sure, no problem.

Simmons: Well, get going then.

Donut starts running across the base.

Donut turns around and goes the other way.

Donut: I knew that. Just got turned around that's all.

Grif and Simmons watch Donut running off into the Gulch.

Simmons: How long do you think until he figures out there's no store?

Donut runs through the Gulch, stops, and turns to talk to himself.

Donut: Elbow grease... How stupid do they think I am? Once I get back to base with that headlight fluid, I'm gonna talk to the Sergeant.

Tucker: You know what? Forget what I said before. We can definitely pick up chicks in this thing. Probably two or three chicks a piece.

Church: Oh man, listen to you. What're you gonna do with two chicks?

Tucker: Church, women are like Voltron: The more you can hook up, the better it gets.

Cut to Grif and Simmons.

Simmons: You think that we were too mean to the kid?

Grif: Nah, he'll just wander around on the cliffs for a few hours. What's the worst that could happen?

Donut: Finally, there it is. ...Oh sweet! They sell tanks! 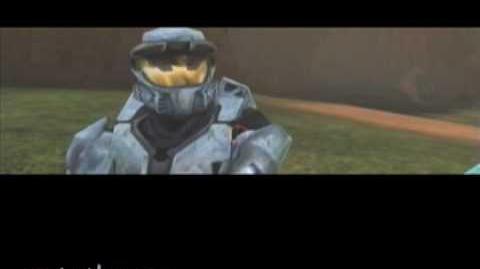 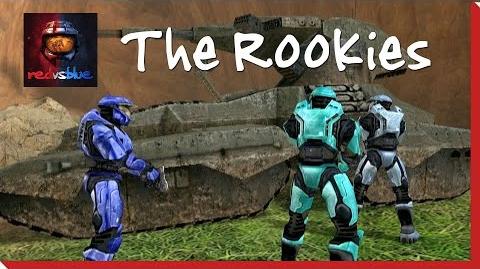