Red vs. Blue Wiki
Register
Don't have an account?
Sign In
Advertisement
in: Series, Season 16, The Shisno Trilogy

Red vs. Blue: The Shisno Paradox

Red vs. Blue: The Shisno Paradox

Ended
Red vs. Blue: The Shisno Paradox is the sixteenth full season of Red vs. Blue.[1] It is the second installment in The Shisno Trilogy helmed by Joe Nicolosi, who returns to write and direct[2], alongside new co-writer Jason Weight.

The first image from the season was posted to Collider on January 17, 2018, released alongside the reveal of Rooster Teeth's 2018 animation slate.[3] The season's release date was later confirmed on March 9, 2018, by Nicolosi himself in a post on his Rooster Teeth profile.[4] The title of the season was revealed on April 5, 2018 alongside a teaser trailer.[5] A clip from the season opener was released on April 12,[6] and the following day Collider revealed a season trailer.[7]

Unlike previous seasons, this season's public release was originally only available on Rooster Teeth's website.[8][9] However, the full season was released on YouTube on March 9, 2019, with the premiere of Red vs. Blue: Singularity. The digital home release of the season was made available on November 6, 2018, alongside an announcement that the Blu-Ray/DVD physical release would be available from January 1, 2019.[10]

Red vs. Blue is back! A simple trip to lunch triggers an epic quest full of new enemies, allies, betrayals, and stuffed crust in… ‘The Shisno Paradox,’ available April 15 on Rooster Teeth FIRST! Red vs Blue returns with the opening chapter of a brand new saga. With the present and future in peril, the Reds and Blues only have one place to go...[7]

The first image of The Shisno Paradox released

A promotional image featuring the Reds and Blues 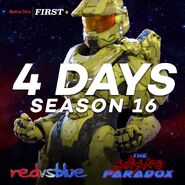 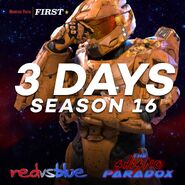 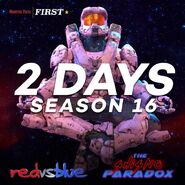 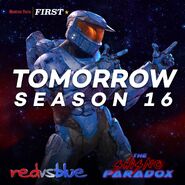 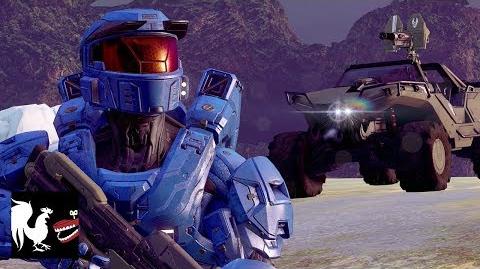 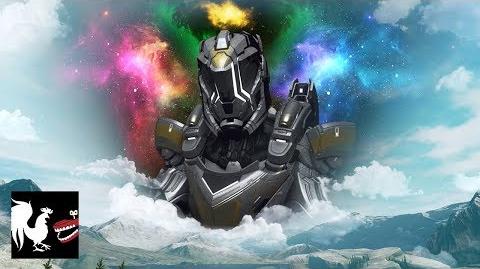 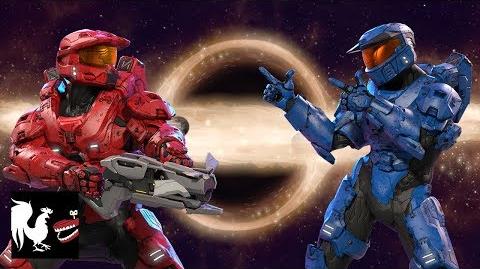 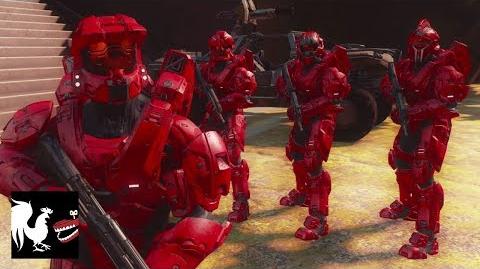 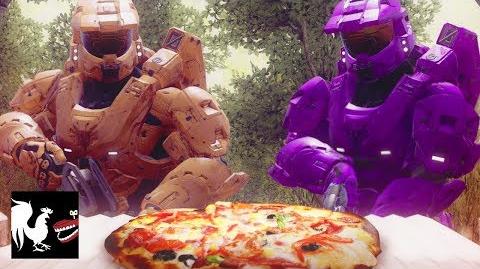 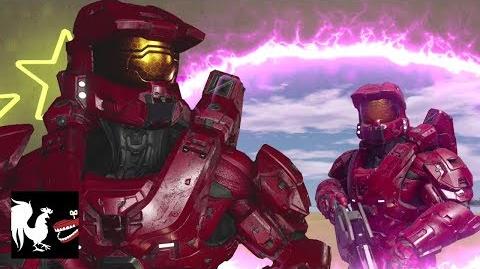 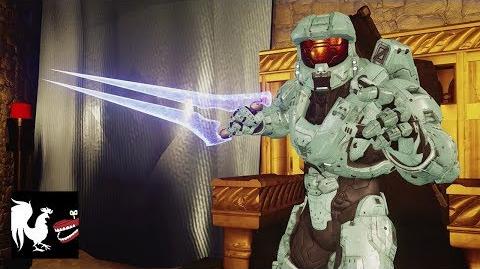 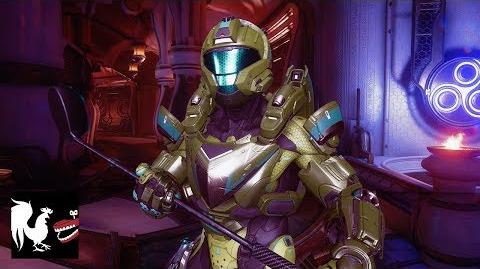 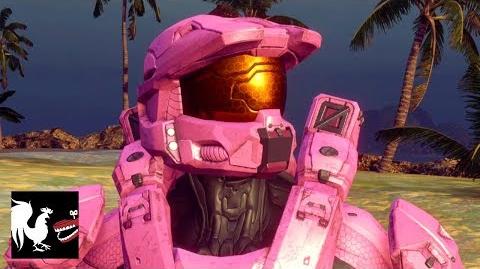 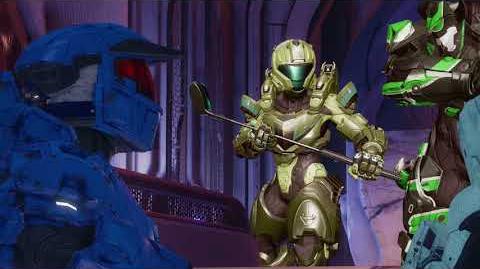 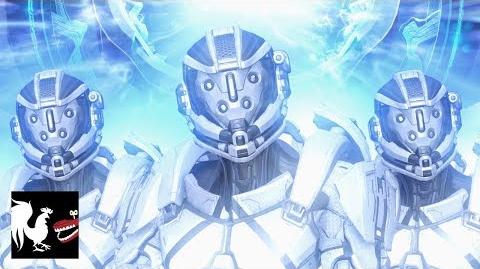 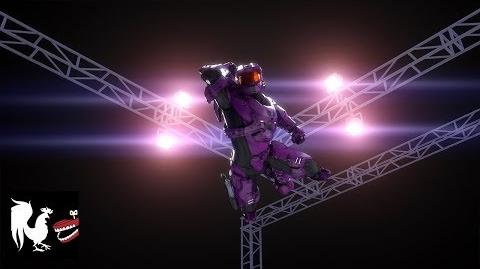 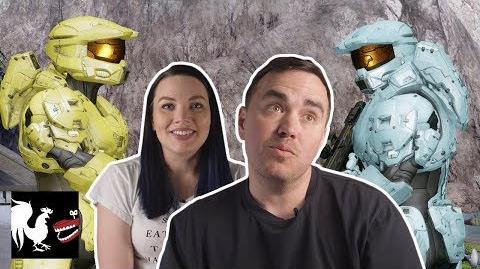 Behind the Scenes with Sister and Tucker Red vs. Blue
BTS - Becca and Jason 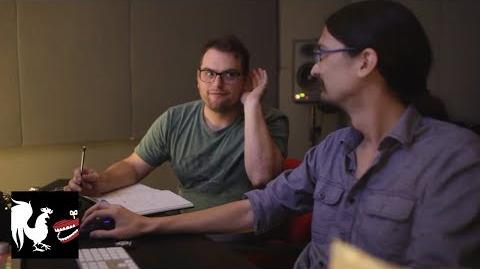 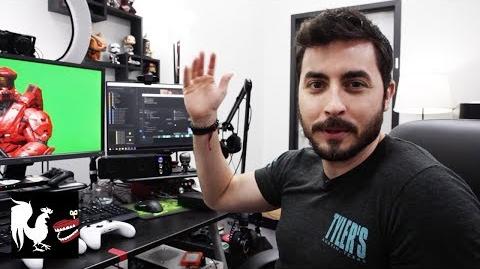 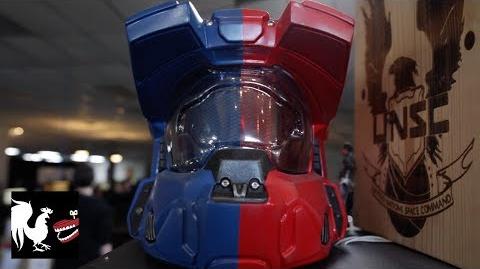 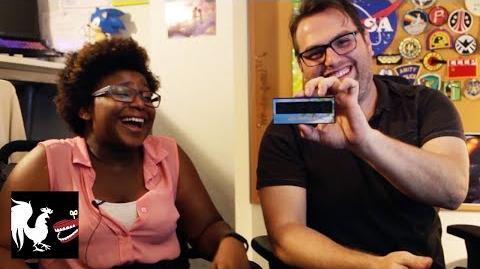 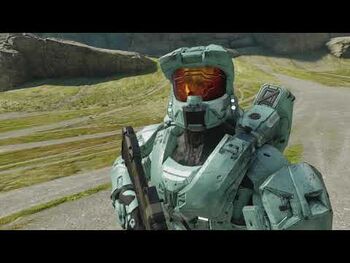