Red vs. Blue: Season 13 is the thirteenth full season of Red vs. Blue. It premiered on April 1, 2015, the show's twelfth anniversary. The season is a direct follow-up to Season 12, in which the Reds and Blues, the New Republic and the Federal Army of Chorus join forces to go to war against Chairman Malcolm Hargrove and his space pirates.

A teaser image of the season was released by Miles Luna on January 23, 2015 via Twitter and a trailer was released on March 6, 2015. Nico Audy-Rowland of Trocadero returns to compose the score for the season, alongside musician David Levy. It is the third, and final, installment in The Chorus Trilogy.

The sim-troopers of Blood Gulch have seen their fair share of insanity over the years, but they’ve never faced anything quite like this. Stranded on the planet Chorus, the Reds and Blues must convince two enemy armies to join forces or suffer complete annihilation at the hands of a bloodthirsty war lord. As the final installment in the critically acclaimed Chorus Trilogy, Red vs. Blue: Season 13 is as hilarious as it is thrilling. Between deadly mercenaries, alien artifacts and old rivalries, our hapless heroes are in for the fight of their lives in the longest running sci-fi/comedy series in American history, Red vs. Blue.

Sarge and Simmons are ready to take PSAs to the next level! Rebooted with better EVERYTHING for modern audiences!

The Sound of Stupid[edit | edit source]

Tucker and Grif would like to talk to you about ASMR in this week's PSA.

In a world where movie trailers are the pinnacle of cinematic achievement, one trailer stands above the rest...

But That's Not All![edit | edit source]

Have you ever wanted MORE Rooster Teeth? Do you want to try it all FREE for 30 days? Then Simmons and Grif have some important info for you.

Join Sarge as he celebrates the holidays with tunes you (sort of) know and love. Suck it Blues! 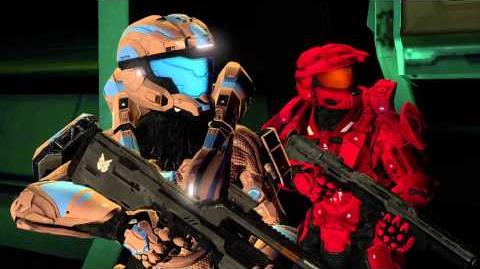 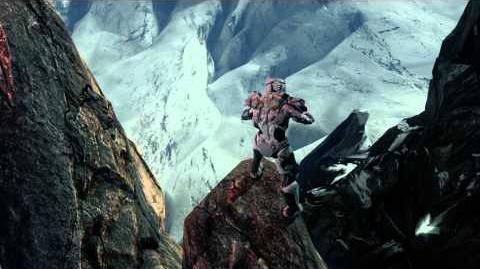 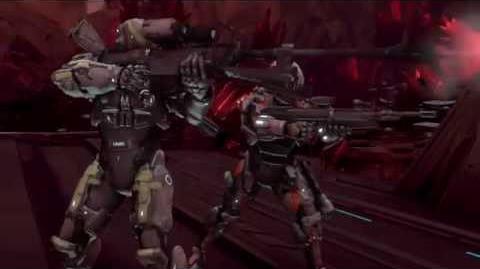 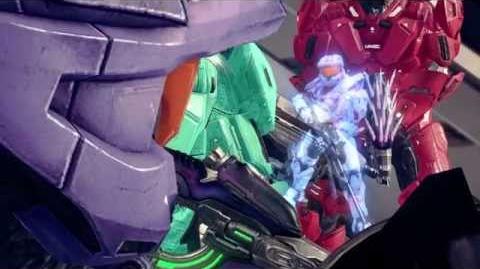 Coming Up Next on Red vs. Blue Season 13 - Episode 20!
Episode 20 trailer
Add a photo to this gallery

Behind the Scenes[edit | edit source] 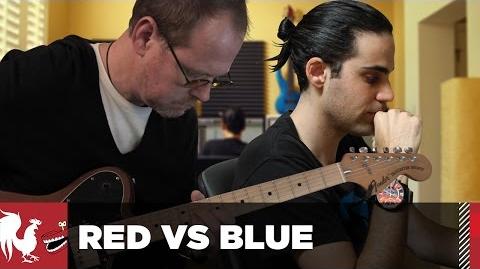 Behind the Scenes Music - Red vs. Blue Season 13
BTS - Music 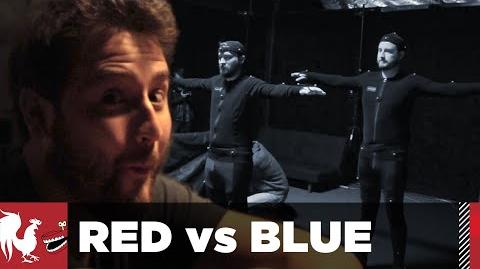 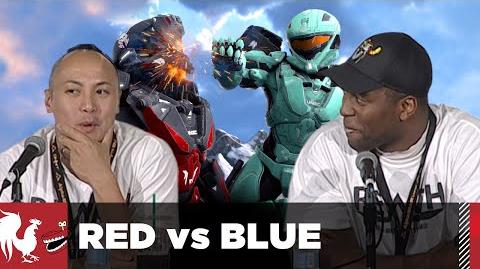 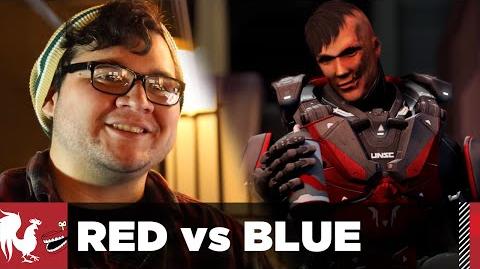 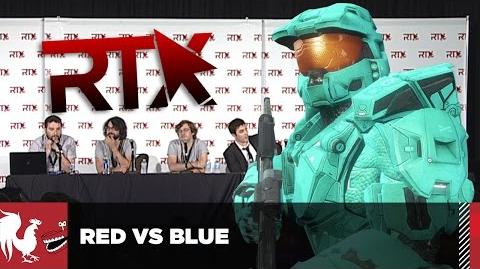 Retrieved from "https://rvb.fandom.com/wiki/Red_vs._Blue:_Season_13?oldid=143967"
Community content is available under CC-BY-SA unless otherwise noted.