Red vs. Blue: Season 12 is the twelfth full season of Red vs. Blue. It premiered on April 28, 2014. The season continues where the previous left off, with Tucker, Grif, Simmons, and Caboose joining the New Republic in order to rescue their friends.

The season was first announced by writer/director Miles Luna on February 3, 2014, and a teaser trailer was released on April 1, 2014, Rooster Teeth's eleventh anniversary. This season also marked the return of original pre-rendered character animation in the series, which was blended in with machinima, similar to Revelation. It is the second installment of The Chorus Trilogy.

The twelfth season of the action-comedy series Red vs. Blue. Shipwrecked, separated and still sort of... dumb. The Red and Blue soldiers of Project Freelancer are continuing their misadventures on Chorus. With their leaders captured, Tucker, Grif, Simmons, and Caboose now find themselves caught in the middle of a planet-wide civil war, and if they want to save their friends, they'll have to lead a hopeless army of rebels to victory. Between alien artifacts, subpar subordinates and mysterious mercenaries, the heroes of Blood Gulch have got their work cut out for them, and they really hate work.

Grif and Simmons give you the down-low on how to survive in today's job market.

Going to RTX 2014? Wash and Sarge have got you covered.

Hey fellas, need some help with the ladies? Tucker and Simmons can be your wingmen! Just know that with their help... you'll probably be single forever.

Getting Away From it All[]

The reds and blues are long overdue for a vacation, but "vacation" doesn't always mean relaxation.

Red vs. Blue has an "exciting" announcement about the "brand new" and "innovative" way we are delivering the show to the audience. 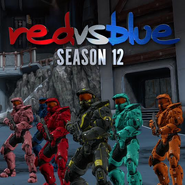 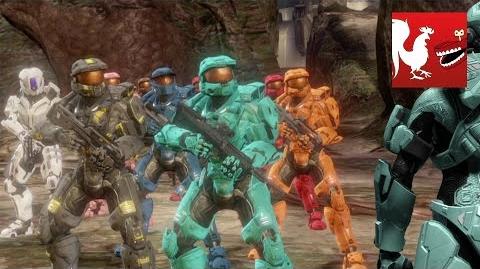 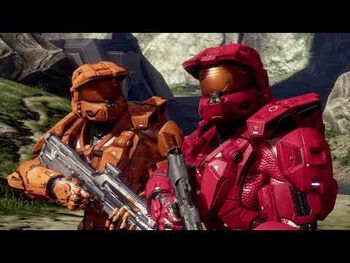