Ended
Red vs. Blue: Season 1 is the first full season of Red vs. Blue. It first aired on April 1, 2003. The season follows the accounts of the Red Team; which consists of: the stubborn leader, Sarge; the lazy Grif; the so-called "kiss-ass" Simmons; the semi-idiotic but free-spirited Donut; and the Spanish-speaking robot Lopez; and the accounts of the Blue Team; which consists of: the angry de facto leader, Church; the self-proclaimed ladies' man, Tucker; the abnormal and ignorant Caboose; and the Freelancer Tex, who is often associated with the Blue Team.

Its success led to it becoming the first installment of The Blood Gulch Chronicles.

The first season of the action-comedy series Red vs. Blue and part of The Blood Gulch Chronicles. A gruff sergeant. An unlucky ghost. A psychotic mercenary. A sarcastic slacker. An unrepentant kiss-up. Two morons. A tank with impeccable manners. And a robot stuck on the Spanish setting... War is hell.

The very first trailer for the machinima Red vs. Blue.

Another early trailer, Episode 0 only has a partial list of Season 1 characters and features extensive combat and violence. Set to Limp Bizkit's "Break Stuff", this episode could not be included on the Season 1 DVD for copyright reasons.

Shortest PSA ever? You bet!

Should you get a tattoo?

The Reds and Blues discuss the Microsoft PDC.

Church, Donut, and Grif say how they are the most popular site, ever.

Tucker and Church go to the 2003 Machinima Film Festival in New York City.

The two teams gather in the Red Base to watch the Halo 2 E3 2003 trailer and comment on it. 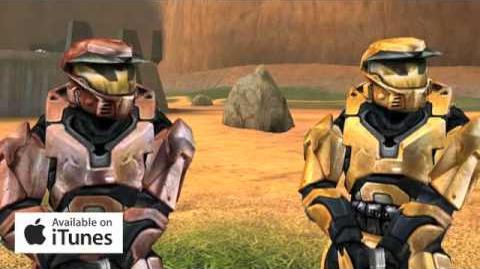 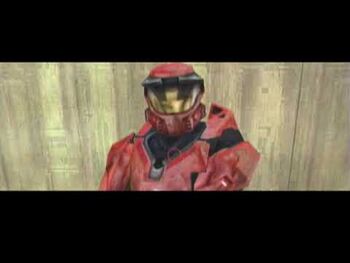