Ended
Red vs. Blue: Revelation is the eighth full season of Red vs. Blue. It is a follow-up to Recreation and wraps up all of the events started in Reconstruction and continued in Recreation. Revelation premiered on April 1, 2010, Red vs. Blue's seventh anniversary, and the finale aired on September 13, 2010, just one day before the release of Halo: Reach.

Revelation is distinguished as the first season of Red vs. Blue that extensively uses pre-rendered character animation, separate from the Halo engine, allowing for actions not possible within a multiplayer game of Halo. It is the third and final installment in The Recollection.

Red vs. Blue: Revelation is the eighth season of the action-comedy series Red vs. Blue and marks the end of the Recollection trilogy. As former alliances are betrayed and friends become enemies, the Reds and Blues find themselves in an impossible predicament; in order to save the universe this time, they can't be totally incompetent. While on the run, the two teams must find a way to put aside their past differences and figure out the mystery behind Project Freelancer once and for all.

Sarge and Simmons break down some key demographic information about the RvB audience.

Grif and Simmons break down the video game industry.

The Reds and Blues move back to Blood Gulch, noticing some minor changes.

Sarge and Grif give some pointers for anyone moving to Reach.

Church and Sarge gives some tips on how to make a successful internet video.

Sarge and Church walk you through the upgrading process.

Sarge tries to get a leg up on the blues before their move to Halo: Reach.

Sarge sets off for Reach, but runs into some problems along the way.

Sarge meets up with the troops on Reach. 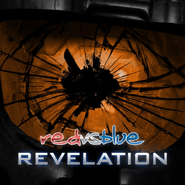 Revelation alternate DVD artwork
Add a photo to this gallery 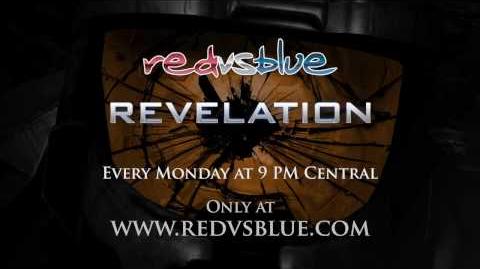 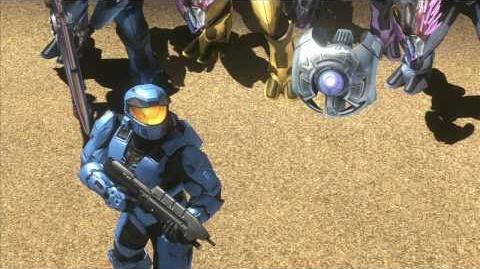 Red vs. Blue Revelation Trailer
DVD trailer
Add a photo to this gallery
Retrieved from "https://rvb.fandom.com/wiki/Red_vs._Blue:_Revelation?oldid=142637"
Community content is available under CC-BY-SA unless otherwise noted.