Red vs. Blue Wiki
Register
Don't have an account?
Sign In
Advertisement
in: Video Games, Machinima, The Real World 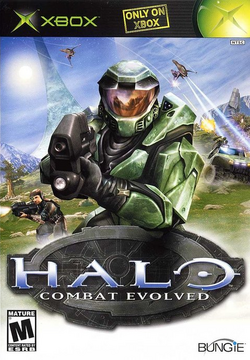 Halo: Combat Evolved was the first blockbuster game created by Bungie. It was released on the Xbox and later on both PC and Mac.

As the first Halo game to be used in the production of Red vs. Blue, Rooster Teeth used a combination of in-game tricks and post-effects work to produce the series. Many of these in-game tricks would contribute to the development of future Halo titles and machinima.

Originally shot using the Xbox version, later reshoots of past seasons would instead use the PC version of the game, which lifted many of the technical limitations imposed by the Xbox version.