Familiar Surroundings is the first episode of the fourth season and the fifty-eighth of The Blood Gulch Chronicles.

Grif is still despairing over being back in Blood Gulch, despite the others' attempts to shut him up. Meanwhile, back at Zanzibar, Tex, Tucker, and Caboose discover that Church is back in ghost form again. Church explains that he was literally scared out of his body after being ambushed by the Alien in the last episode. His attempts to explain this are repeatedly interrupted by Caboose's stupidity and Tucker's attempt to hijack the flashback and showcase his sexual fantasies; Tucker wisely ends quickly so as to avoid getting his head blown off by Tex. Tucker uses the catch phrase "Bow-chicka-bow-wow" in this episode for the first time, much to Church's annoyance.

Fade in to Grif screaming on the top of a cliff

Donut: Is he ever gonna stop screaming? He's been up there for hours.

Sarge: Simmons, shut him up!

Simmons: Hey Grif, shut the fuck up! Get down here and help us check out the base!

Simmons: I don't think he's even listening to us.

Grif: Noooooooo actually that time I was answering your question noooooooooooo!

Sarge: Go up there and get him Simmons.

Donut: If he keeps screaming like that, he's gonna pass out and fall off the cliff.

Sarge: Donut, get me a sniper rifle.

Tucker: And he says "Did I read it? I already ruined it!"

Caboose: I don't get it.

Church materializes out of thin air

Church: What. The fuck. Was that.

Church: Isn't anybody gonna ask me, "What happened to your body, Church?"

Tex and Tucker: What happened to your body Church.

Caboose: What happened to some... body... Church?

Church: Hell if I know. All I know is, I was sittin' there talkin' to Gary, and-

Church: No that's Andy, Gary is the computer.

Tex: Neh, I don't even remember most of your names half the time.

Caboose: I know my name! You can ask me, if you forget.

Church: Hey, can we please focus on me?

Caboose: By the way, he's Church.

Caboose: He is the mean one.

Caboose: See, he is mad. Now he'll just stare at me until I stop talking, then, when he thinks I am done talking, then he will start talking again.

Caboose: Told you so.

Tucker: I wonder if a ghost can have an aneurism.

Church: Anyway, I was talking to Gary about the Great Destroyer, who at the time we thought was Tex.

Gary: the great destroyer has arrived. the end is near.

Church: Oh come on Gary Gary Gary, stop stop stop. Hey if Tex is not the destroyer from the prophecy, then who is?

Cut to the present

Church: And that's when I turned around, and I saw...

Cut back to Church's story, where Church turns around and Caboose is standing in the way

Church: What the- Caboose, get outta the story man. No it wasn't O'Malley.

Caboose: What was it?

Church: Stop interrupting me, and I'll tell you.

Church: Hey, Tucker, you're interrupting now too. Everybody just get outta here.

Tucker: Me? I'm just tryin' to punch up the storyline. Check this out.

Tex with Tucker's voice steps to the ledge

Cut back to the present

Tex levels her gun at Tucker

Tucker: I didn't even get to the part where the sailors show up.

Tex: Just tell us, what did you see?

Tex: That's your story? You saw a big thing.

Tucker: Eh, my story had a big thing in it too. You just didn't give it time to develop.

Church: Well I didn't really get a clear look at it.

Church: No dumbass, at the big thing in the base that attacked me. All I know is that it was slimy, and it had lots of teeth.

Church: Seriously dude, cut the shit. We've got a situation on our hands.

Tex: Well how did you fight it off?

Church: Fight it off? You must have me confused with someone who's brave. I got the hell outta there.

Tex: You're telling me you left your body behind?

Church: I had to get outta there fast. That body was just dead weight.

Caboose: I know the feeling.

Church: What is that supposed to mean?

Tex: He didn't scare the crap outta him, he scared the soul outta him.

Tucker: Oh it's Church, what's the difference? His soul is made outta crap. Stupid crap for soul.

Church: For all I know, he's in there chewin' on my body right now.

Tex: Well, then let's go get this big thing of yours.

Tucker: Did somebody call for a really hairy plumber? Bow chicka bow wow!

Tucker: I came here to lay some pipe. Bow-chicka-bow-wow!

Tucker: So I hear you got sisters. Bow chicka- who're twins! -wow wow!

Tucker: Hey, are you a model or famous actress? Bow-chicka-bow-wow! 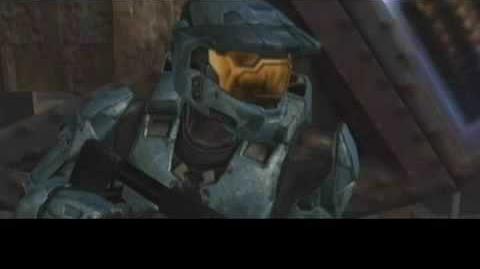 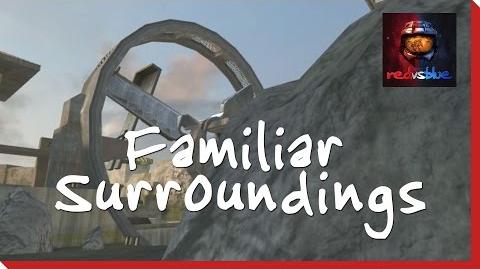