Manipulation of other races

Various
The Cosmic Powers are a legion of A.I's created by Chrovos to serve her. They eventually rebelled against her and sealed her inside a prison in a black hole. Presently they exist to manipulate other races including humans and sentient light beings like Huggins. The group serve as brief antagonists in The Shisno Paradox before becoming allies to the Reds and Blues.

The Cosmic Powers were highly advanced A.I's created by Chrovos, a supposed god of unknown origins who was driven insane by his powers. While they were built to be powerful A.I's, they are programmed against directly harming or killing others. The original Cosmic Powers Chrovos created consisted of Atlus Arcadium Rex, Kalirama and Burnstorm. Chrovos attempted to enslave them to do his bidding to an unknown end. Recognising his threat and insanity, the three rebelled and subdued Chrovos and sealed him away within the black hole on their home planet Starseeds. Burnstorm built a Labyrinth inside its core and sealed him within. Burnstorm then created another A.I to guard the labyrinth and ensure no one would ever attempt to break him out.

Atlus would then later create more A.I's of his own to join the Cosmic Powers including that of Genkins, Apovos and The Fates. The Cosmic Powers would then spend the next several thousands of years, manipulating weakminded races across the galaxy to serve them and do their bidding by posing as all-powerful gods, eventually recruiting Huggins and Muggins into the group, although keeping their identity as A.I's a secret. During this period, The Fates predict that a group of idiotic mortals would go on a Pizza Quest that would result in the destruction of time and release of Chrovos.

While scouting Earth, Huggins and Muggins overhear the Reds and Blues celebrating their victory over their recent battle and planning to go to Sammie Raphaello's Pizza to get pizza to celebrate. Realising the prophecy is about to unfold, Muggins sends Huggins to follow the group while he reports this to Atlus. During this, Donut is struck by Loco's Machine and forced back through time to Chrovos, who manipulates him into working with them. Chrovos supplies him with Time-Portal Guns and tells him his friends must fix the past to save the future from the Cosmic Powers, who wish to destroy the universe.

Eventually, Tucker and Sister return to the present. Seeing his chance, Atlus immediately confronts them and threatens them to stop time travelling. Neither take Atlus seriously, leaving him to attempt to attack them, with no result due to his restrictive programming. Atlus attempts to bypass this by summoning Grog, a brainless cyclops, to kill them in his stead. However Tucker and Sister defeat Grog and then retreat back into the past.

Elsewhere in the past, Doc also succumbs to Chrovos' influence and defects to join Chrovos. Huggins blows her cover to try and warn Grif of this, however this is in vain as Doc manages to get away after stealing Grif's time gun, leaving Grif and Huggins stranded in their time period. Huggins scouts their time period and finds Tucker and Sister in the same time period with their own time-gun. Huggins convinces Grif to go with her to meet up with his friends and return to the present, with Grif very reluctantly agreeing.

Truce with the Reds and Blues[edit | edit source]

During their long journey, Huggins manages to break the ice with Grif and the two grow close. Huggins explains to Grif that the Cosmic Powers aren't evil and Donut was sent by the true villan to make the Reds and Blues destroy time and release an all powerful god in the process. The two eventually meet up with Tucker and Sister and fill them in on the situation. During this, Donut arrives and upon seeing Huggins, accusses her of working for the bad guys. Grif, Tucker and Sister then turn against Donut, distressing him and forcing him to leave. Huggins requests them to return to the presents, form a true with the cosmic powers and meet with them, with the three agreeing.

Huggins returns to the other Cosmic Powers and tells them of the truce, which they reluctanly agree to. Both parties meet on neutral ground where Tucker, Grif, and Sister shpw their willingness to give up time travel. They secure the terms of the truce before Tucker, Grif and Sister leave to assemble to other Reds and Blues before their meeting can continue.

With the Reds and Blues fully assembled they return to starseeds where the Cosmic Powers inform them all of their origins, including their true identities as A.I's and not gods, Chrovos' plan and the damage their time travel has caused. They request the Reds and Blues to travel to Chrovos' prison and reinforce its bindings with Burnstorm's Hammer to ensure he can never be freed, however due to the extreme danger of the task they leave them some time to think over this task. They give the Reds and Blues a private room to discuss, however leave Huggins to spy on them as they don't fully trust them yet.

The Reds and Blues are initially on board with stopping Chrovos and giving up time travel, however after learning of Washington's serious brain damage due to his shooting, they immediately defect, ignore the risks they've been told about time travel and intend to return to the past to save their friends. Shocked by their betrayal, Huggins goes to warn the Cosmic Powers, but is stopped by Genkins who sucks her into a black hole, supposedly killing her before following the Reds and Blues into the past to ensure they create a time paradox.

The Cosmic Powers eventually learn of the Reds and Blues betrayal, however as they have already retreated into the past, they are powerless to stop them and resign to hoping things work out in the end. Sure enough, a paradox is caused and time is destroyed, however thanks to Donut rebelling against Chrovos at the last second, he isn't freed and remains trapped.

Eventually the Reds and Blues realise their mistake and fix the past, fix the paradoxes, stop Genkins and Chrovos and restore time back to normal. After which, Huggins (who survived the black hole) tells the Cosmic Powers of Genkins betrayal. Although they haven't been seen since before the Reds and Blues caused the paradox, it is assumed the Cosmic Powers went back to their previous roles of manipulating other races to do their bidding after time was restored.

Destiny and the Fates (Active) 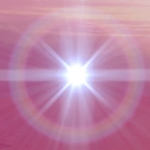 Labyrinth (Active)
Add a photo to this gallery

Genkins (Active, betrayed the Cosmic Powers)
Add a photo to this gallery

Retrieved from "https://rvb.fandom.com/wiki/Cosmic_Powers?oldid=140878"
Community content is available under CC-BY-SA unless otherwise noted.