Armor is a recurring element throughout the entire Red vs. Blue franchise, being suits of combat armor almost every single character is outfitted with head-to-toe. While, in the official Halo franchise, the Spartan armor is reserved solely for elite Spartan soldiers, the armor of Red vs. Blue seems to be the equivalent of generic military fatigues as every single soldier is equipped with a suit of it.

The coloring of the armor of each character is, in most cases, the singular thing that physically distinguishes them and very few characters are ever seen outside of their armor no matter what, maintaining an unbreakable anonymity. As the series constantly switches game engines to film in, armor models also constantly switch, and some characters are outfitted with a special model to illustrate their importance. 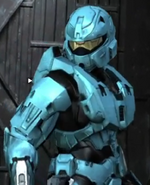 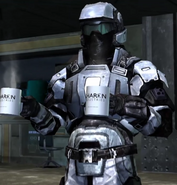 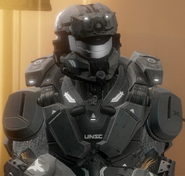 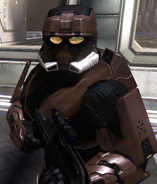 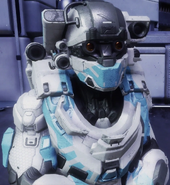