Church catches up to a confused Donut and holds him at gun-point, whom he eventually realizes is not Sarge. All of a sudden, Tucker finally emerges from the teleporter (in which he reluctantly entered from the previous episode) with his armor charred black, startling the other two. When Donut insists that he is only a private and not a sergeant, Tucker concludes that he has inadvertently traveled back in time and has met a past version of Sarge and Church and tries to explain his situation to them, only to have Church and Donut thoroughly confused.

Back at Red Base, Grif and Simmons take the Warthog while Lopez watches them drive off. While convincing Tucker he did not travel back in time the two are immediately ambushed by Grif and Simmons. They quickly flee behind a large rock whilst being shot at by Simmons via the Warthog's mounted machine gun turret, resulting in them being pinned. Grif surprisingly sees Donut with the flag and then orders him to go back to base with it. Realizing the situation from afar, the Rookie decides to use the tank to save his teammates.

Brief recap of Grif and Simmons from the prior episode. (This is in the earlier version of episode but not in the remastered episode.)

Simmons: Heh, you mean the Puma?

Cut to Church running up to Donut with his gun pointed at him.

Donut: Hey, why the hell are you shooting at me?! You coulda hit me, dick!

Church: Can it. Don't try to play stupid with me, Sarge. I know who ya are. We've been spying on you for three weeks now.

Donut: I just got here two hours ago. And I'm not a Sergeant, I'm a Private.

Church: Wait a minute, you're not the Sergeant!

Church: Well then how the hell did you manage to steal our flag?

Donut: Steal? I have no idea what the hell you're talking about!

Tucker comes out of the teleporter between them and now has black armor.

Donut: HOLY SHIT! Who is this guy?

Church: What in the hell!? Tucker? Is that you?

Tucker: How did you get up here ahead of me?

Donut: And what's with that black shit on your armor?

Donut: Would you stop calling me a Sergeant, I'm still just a Private.

Tucker: The Sarge is still a Private? Oh. My. God. The teleporter sent me back in time.

Cut to Grif and Simmons getting in the Warthog which has Tejano music playing.

Grif: How do you turn off the fucking radio in this car?

Simmons: (calls out as they drive off) Don't worry Lopez, I'll bring her back in one piece.

Cut back to Church, Tucker, and Donut.

Tucker: Look, I know you don't know me, but you have to believe what I'm about to tell you. Some time in your future I get stationed here in Blood Gulch, and we meet. And this guy here, he gets promoted to Sergeant of the Red Army, and we spy on them. And they get this new jeep, and I'm all like, "There is no way you can pick up chicks in a tank!"

Church: Tucker? What the fuck are you babbling about?

Tucker: I know all this sounds crazy, but he eventually becomes a Sergeant, and then one day we get a tank, and he comes and steals our flag while we're distracted.

Donut: Is this guy a retard?

Church: (The Warthog's Tejano music gets progressively louder as he speaks) Red? Shut up. Tucker? Listen to me. Ya haven't gone back in time, okay? This IS the guy who stole the flag, he's just not the Sergeant. Turns out he's just some dumb rookie who happens to have the same color armor as him. He got in somehow, just... for God's sake! WHAT IS THAT MUSIC!?

Warthog jumps over the hill right by Church.

Tucker: The jeep followed me back in time!

Grif hops out of the Warthog as Simmons yells and fires at Church and Tucker as they run away.

Grif: What the hell is going on here?

Donut: You know what? I honestly have no idea what's going on. I think everyone in this canyon is absolutely insane.

Grif: How did you get the flag?

Donut: I don't know, I just asked for it.

Donut: I guess. Is it not supposed to?

Grif: I don't know, we.. never even thought to try that. Just take the flag to the base, I'll explain there.

Donut: Not until someone tells me what the fuck is go-

Grif: There's no time to explain, rookie! Just take the flag, and go to base! I'll explain everything there.

Donut starts running through the Gulch.

Grif: (scoffs) Back to our base, dumbass!

Donut: Uh, I know. I just got turned around, that's all.

Cut to Caboose looking at Church and Tucker through the sniper rifle.

Cut to Church and Tucker behind a rock with Simmons firing and yelling at them.

Simmons: (in background) Yeah, get going! Take that! I know you like that there! Come out! Come here! Poke your head up! Come on, Blue! Get your head out there! 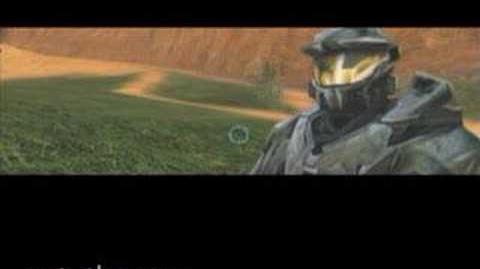 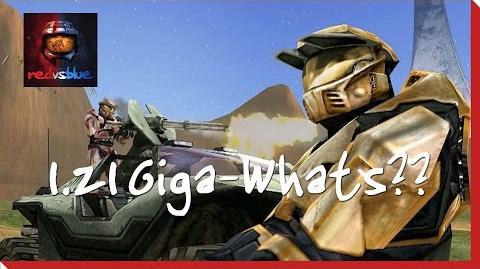